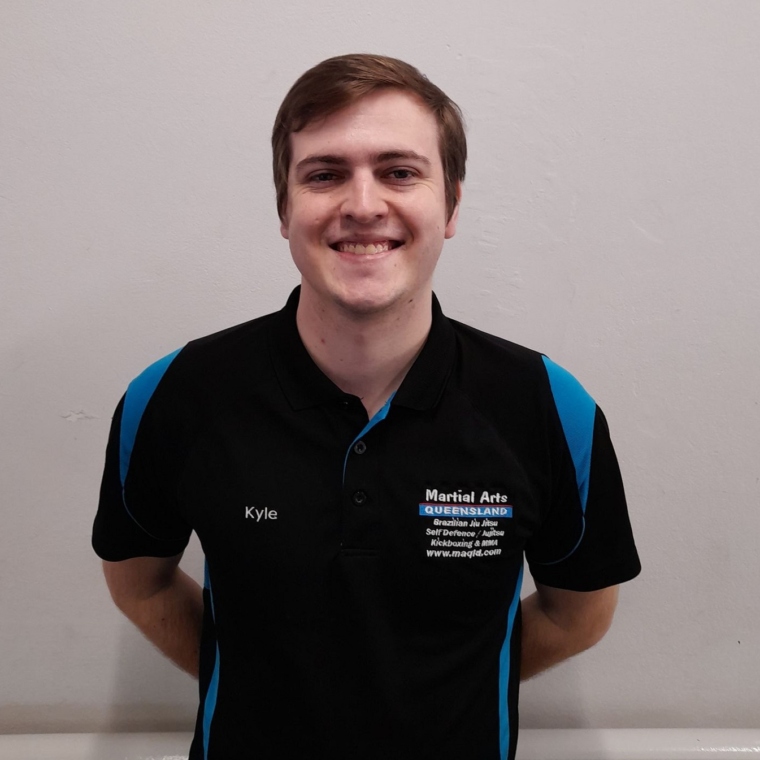 Sensei Kyle joined Jujitsu at age 8 at the start of 2006 after moving to Brisbane with his family in late 2005. He was introduced to Kyushin Ryu Jujitsu by grandfather Kyoshi Joe Elkenhans, a 7th degree Black Belt holder!

In 2013, he became the youngest Accredited Coach in Australia at 15. He also started studying Judo under Shihan Jim Stackpoole and Sensei Meladee at the newly founded Kyushin Ryu Jujitsu Judo Club. He has since achieved his 2nd Kyu (Blue Belt) and has competed at the QLD State Championships in 2018 and the Australian Judo National Title in 2021 and 2022.

In November 2017, Kyle was selected to represent Australia in the World Jujitsu Titles at the Gold Coast as a competitor in the Sports Jujitsu.