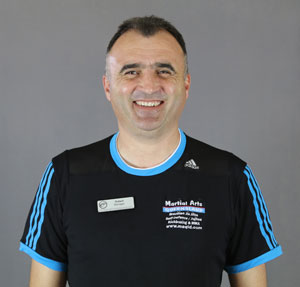 Robert moved from South Africa with his wife and two sons in 2004. Since this time Robert has been a huge part of the western suburbs community, coaching Ruby and Cricket teams, was President of the P&F at OLR – Kenmore for 4 years and is now on the school board. He is minister of the Eucharist at his local church. In 2009, Robert was nominated and was a finalist in the prestigious ‘Pride of Australia’ awards.

Robert has been training with Martial Arts Queensland since 2005 and has attained his NCAS Coaching accreditation from the Australian Jujitsu Federation.  Robert was appointed the manager and head instructor of the MAQLD Defence, Junior Warriors and Little Warriors system in 2010.